X11 window managers commonly have an option to "remember" applications which are running when a session ends. 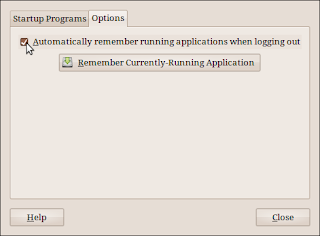 but for this to work, the applications themselves need to comply. Qt does this with the QSessionManager class.

The class is not used directly, but is passed as an argument into functions of qApp, namely the saveState and commitData functions.
qApp therefore needs to be subclassed, and these two functions overwritten.

here's a working example. Note the simplicity of the functions!

Making the pluggable pyqt app has been more fun than I thought, and I believe the application may actually turn out to be half decent contacts manager.

it accepts plugins now (a zipped folder, with a config file within) and I am still finialising the plugin API, but I am certain I am on the right lines. The "zipimport" module did all that I hoped for and more.

It's running great on linux and windows. Plugins can simply be dropped into the applications plugins folder which reside here.Config file is simple format, heavily influenced by the gedit method of plugin config

So what plugins could be created?? I think the sky is the limit. Add custom fields to the database, send SMS messages, create word processor documents with addresses embedded, christmas card lists.... contact sharing..

I've stuck it up on launchpad https://launchpad.net/qt-o-fax. 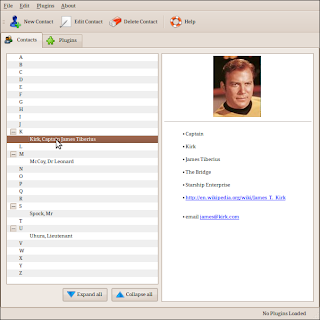 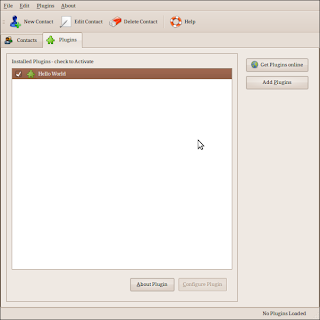 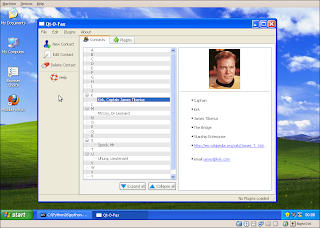 So I decided that openmolar needed to be broken up into bits. I did this last week, Client, Server and language packs are now seperate packages, meaning that I can update one part of it independently of the other bits. All well and good.

However, I REALLY want "plugins" (similar to firefox functionality) to provide some of the functionality that folks are going to want (partly because it will make it possible for them to code such things themselves)

So, as ever, 1st stage is to make a trivial app, and see if I can get some form of plugin system going.

Here's a video of that application (In making it, I learned a lot about QToolbar class... something I haven't used much before).
http://tinyvid.tv/show/2q6yruijgemsd
(if you have an HTML5 compatible browser, that should appear by magic below.. simply hit play)

If you want to see the code for this little application, I stuck it on launchpad - get it this way.


the vid was taken with the files at revision 1.

Now for the difficult bit.. designing and loading the plugins.

My idea is that plugins should be zipped folders. Signed by the author ideally, and containing a config file which describes it, gives version numbers, and installation instructions which the parent app can use.

I think I am on the right lines for this... I'll let you know (via this blog) how I get on